But "Toccata" was fraught with more than mere musical complexity. "It suddenly came to our consideration," says Emerson, "do we have the rights to put this music on our new album? I called up Ginastera's publishers and their initial reaction was 'Sorry, Ginastera will not allow any adaptation of his music. If you care to call him, here's his number.' I phoned him in Geneva and his wife, Aurora, said, 'You must come to Geneva - tomorrow.' So I rang up my manager and said, 'We're off to Geneva tomorrow!' We flew to Geneva, then drove up to his apartment block. The maid let us in, and we walked through a lavish hall setting and into the living room. There, standing at attention and dressed in a suit, almost like a bank manager, was Alberto Ginastera, ready to receive us. I was very nervous meeting the guy. Here's an international composer, very well respected and here is, in his eye, a rock'n'roll band playing his music."
"We desperately needed to get 'Toccata' on Brain Salad Surgery. If we didn't the release date would have had to have been pushed back, and we'd have had to come up with another idea. It really all hung on the permission of Ginastera and his publishers."
"I discussed with him what I'd done, then held my breath and let him listen to it. He played it on a tape recorder off and looked across at his wife in sort of disbelief and said, 'Diabolic!' I thought he meant it was diabolical - that it was bad! Because he'd been playing the tape recorder in mono, and we had a stereo tape, I jumped up and switched the deck to stereo. But he wasn't concentrating on that, he was completely bewildered by the music. He wound it back to the beginning and played it again. At the end, he said, 'That's incredible! You've captured the essence of my music, and nobody's ever done that before.' I didn't know what to say; I could've fallen through the floor. At that moment nothing else mattered to me. The order criticisms of the band meant absolutely nothing."
(from Emerson, Lake and Palmer "Brain Salad Surgery" R2 72459 (p) (c) 1973 & 1996 Leadclass Ltd., under exclusive license by Rhino Records Inc.)

On the instrumental "Toccata", based on Alberto Ginastera's 1st piano Concerto, special synthesized effects were produced not by Keith Emerson but by Carl Palmer using newly-developed drum synthesizers. Ginastera's agent apparently did not care for ELP's rendition and wasn't going to clear the publishing rights; however, Ginastera himself liked it a lot and arranged for clearance. 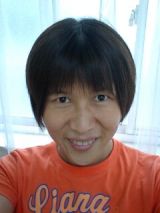